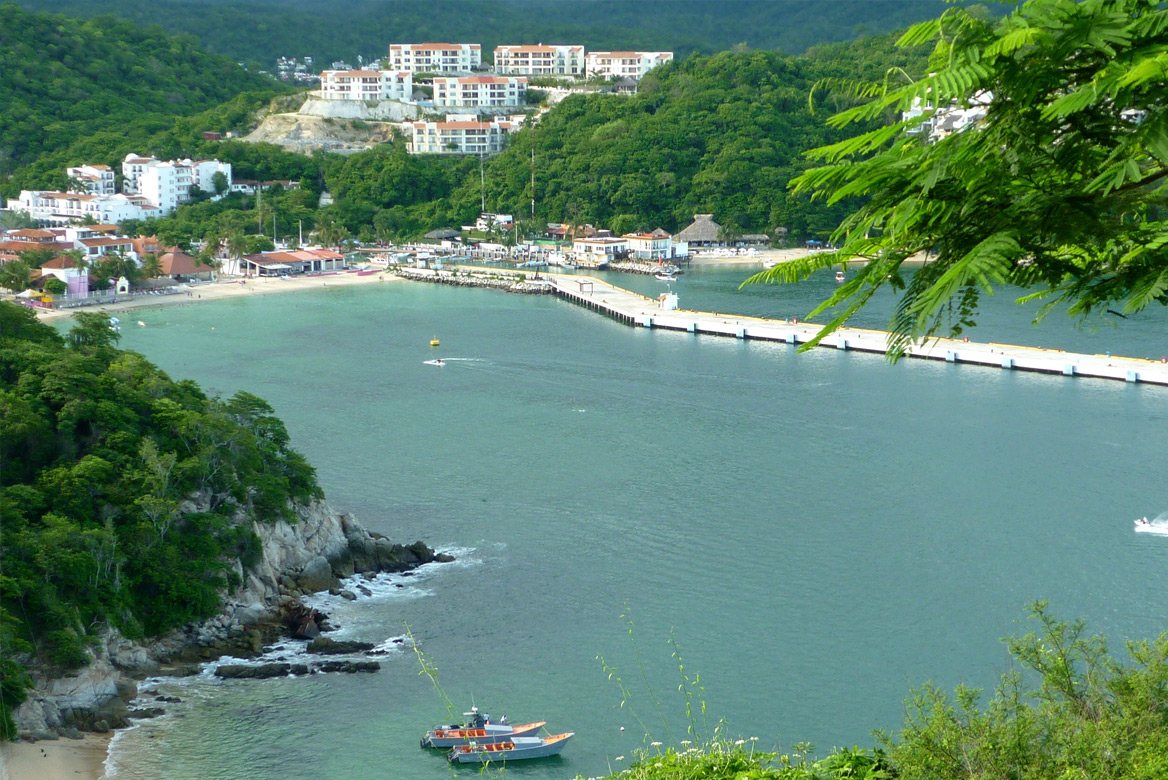 Santa Cruz is a very popular bay, which is home to the port of Huatulco, has many condominiums and private properties for rent or sale. Bay of Santa Cruz also has some of the most popular beaches in Huatulco, the most notable being La Entrega and Santa Cruz, due to the gentle waves, relative ease of access and services available on these beaches.

Santa Cruz also has several restaurants and hotels and some nightclubs too, and it's not far from everything from La Crucecita. Also most of the boat trips in the bays depart from Santa Cruz beach or the port, also here is where you can take small fishing boats to visit some of the most remote beaches, which are not easily accessible by land.

Santa Cruz beach is a very popular beach and is often quite crowded, even in the low season; there is a reason for this, Santa Cruz beach is probably the quietest piece of sea on the Oaxacan coast. The beach of Santa Cruz is also easily accessible, which is close to La Crucecita, all major excursions and cruises depart from there. It also has a restaurant, water sports facilities.

It is another very popular beach in Santa Cruz Bay; it is a reasonable size beach, with easy access by road or sea. The delivery to the back of the beach. There is a lot of shade. There are some places to rent snorkeling equipment, and some public showers, there is some natural shade available under the trees at the back of the beach.

The delivery is ideal for diving and snorkeling and it is possible to see many species of fish a few meters from the shore. The waves of La Entrega are gentle, making it a popular choice for families and the less than good swimmers. The Delivery ("The Delivery") is so called because; it was on La Entrega beach in 1831 that the then President of Mexico Vicente Guerrero was betrayed, and was later executed in Cuilapam de Guerrero shortly after.

Yerbabuena is an attractive little beach between La Entrega and Santa Cruz Bay. Yerbabuena has small soft waves and soft sand is popular with families.